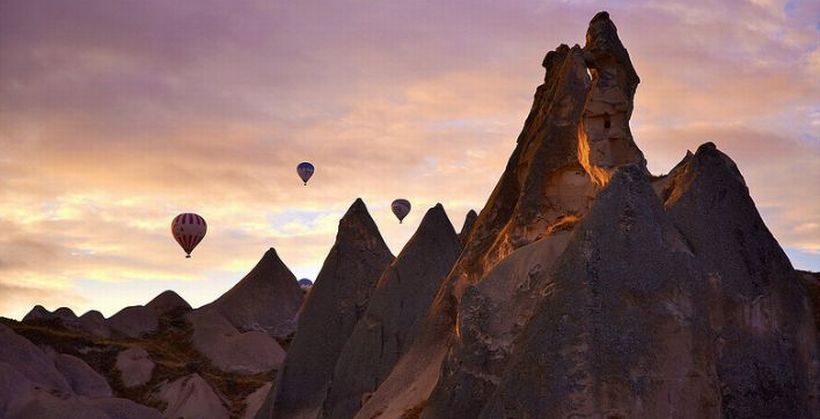 Early in the morning (05:30am) pick up from your hotel and transfer to Ataturk or Sabiha Gökcen Airport.
After 1 hour flight to Kayseri airport, we transfer you to Cappadocia region to for a full day of Cappadocia tour. Tour ends around 17:30pm.

- Pasabaglari (Monks Valley): The most beautiful mushroom shaped of the region.

- Uchisar Castle: The silk road below the castle of uçhisar the highest point of Cappadocia.

After you had your breakfast at the hotel, we pick you up around 09:30am and start second tour of Cappadocia.

- Kaymakli Underground City: The best and the most famous underground city in Cappadocia. 4 floors are opened for visiters.

End of the tour we transfer you back to the airport for your flight to Istanbul. At the airport in Istanbul; in front of the arrival gate, our driver will be waiting you with a sign written your name on it for transfer to your hotel.

- Accommodation in a Cave Hotel with breakfast