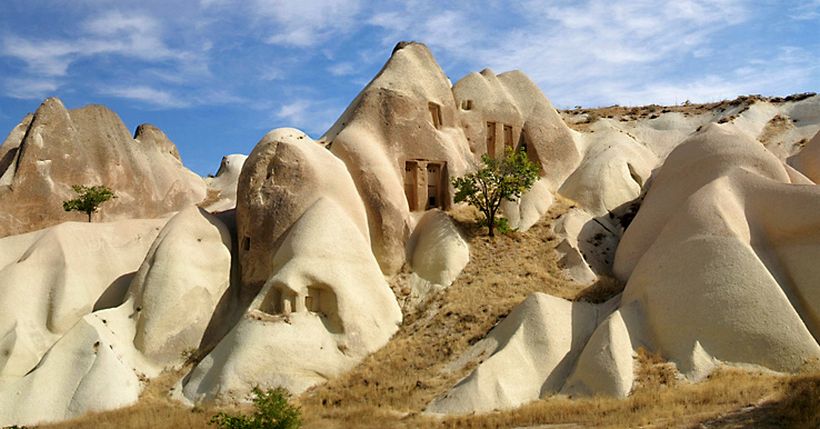 Istanbul to Cappadocia: -DAY 1-:In the morning (05:00am)pick up from your hotel and transfer to Ataturk or Sabiha Gökcen Airport. After 1 hour flight to Kayseri airport, we transfer you to Cappadocia region for a full day of Cappadocia Tour. Tour ends at 17:30pm.

- Pasabaglari (Monks Valley): The most beautiful mushroom shaped of the region.

- Uchisar Castle: The silk road below the castle of uçhisar the highest point of Cappadocia.

After you had your breakfast at the hotel, we pick you up around 09:30am and start second day tour of Cappadocia.

- Kaymakli Underground City: The best and the most famous underground city in Cappadocia. 4 floors

are opened for visiters.

After you had your breakfast at the hotel, we pick you up around 09:30am and start third day tour of Cappadocia. Tour ends aroud 17:30pm.

- Ihlara Valley (Hiking 4km): Early Christians have consructed their rock houses and temples by carving the tuffs in the valley of ihlara.

- Belisirma: Is a village end of ihlara valley famous for its riverside restaurants where will have our lunch here.

Accommodation: CCS Hotel Cappadocia (Cappadocia Cave Suites), Miracle Cave Hotel, Avanos Suites. End of the tour we transfer back to the airport for fly to Istanbul. At the airport in Istanbul; in front of the arrival gate, our driver will be waiting you with a sign written your name on it, for transfer you back to your hotel.


*** Please ask if you would like to join Balloon Flight !!!

- 2 nights accommodation in a Cave Hotel with breakfast